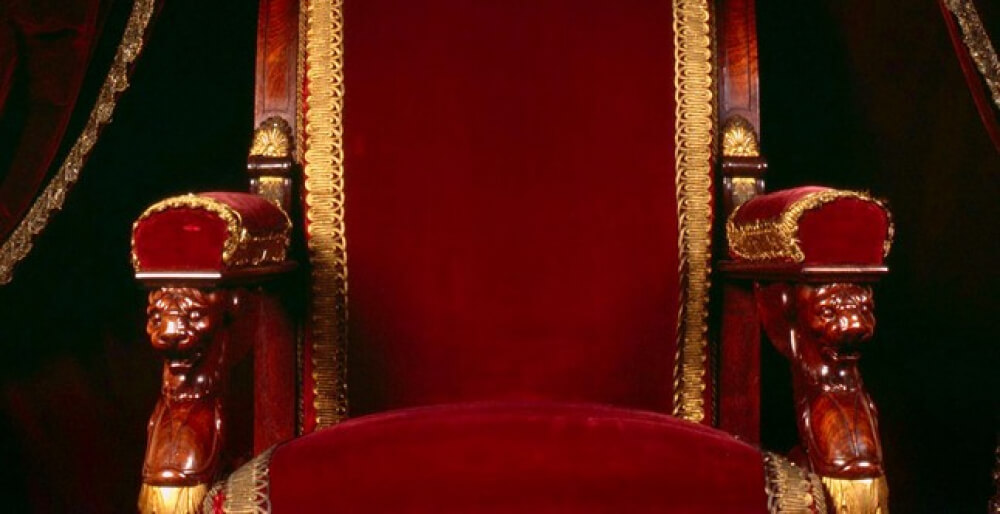 The throne used by King Otto (1833-1862) and later by George I (1863-1913) decorated the imposing Throne Room on the first floor of the Palace of Athens. It bears a crimson velvet curtain with gold fringes and braids and carved gilded finials with floral decoration.

Also displayed, are the office of King George I, and other furniture, portraits and personal belongings of the kings of George’s dynasty. Among them, the elaborate wedding crowns that belonged to the royal chapel.

The female costumes are typical of the type established for Ladies in Waiting of Queen Olga. This costume is a combination of elements from the festive attire of Attica and the courtier dress of tsarist Russia.

The visitor can see the costumes of Angeliki Moraitini, nee Mantzavinos, Euphrosyni Koromila and Maria Gardikioti-Griva. The male costume with fustanella dress is the official uniform of ambassador and belonged to Joannes Gennadius, Ambassador of Greece in Britain.