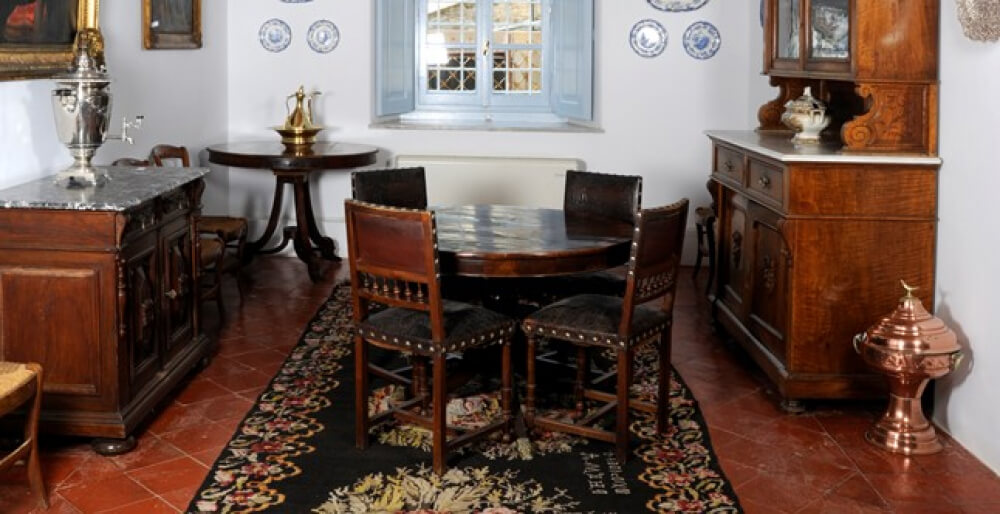 The large vestibule leads through double doors to the rest of the ground floor.

The large vestibule leads through double doors to the rest of the ground floor. Together with the rooms off to the east and west, it forms a "backbone", like a wide corridor that allows one to move about without having to go through the rooms. The floor is laid with marble slabs and the ceiling is decorated with geometrical patterns. The marble opening of the second cistern of the house, occupying the space beneath the vestibule, is in the corner. The visitor is greeted by the full-body oil painting of Lazaros Koundouriotis which dominates the room, work of the Hydriote artist Andreas Kriezis, painted in 1866. Lazaros Koundouriotis (1769-1852) was one of the most eminent political figures of Hydra. He stood out for his prudence, political skills and the gift of being able to assert his authority on Greek political and military leaders, and was honoured for his financial assistance to the Revolution.