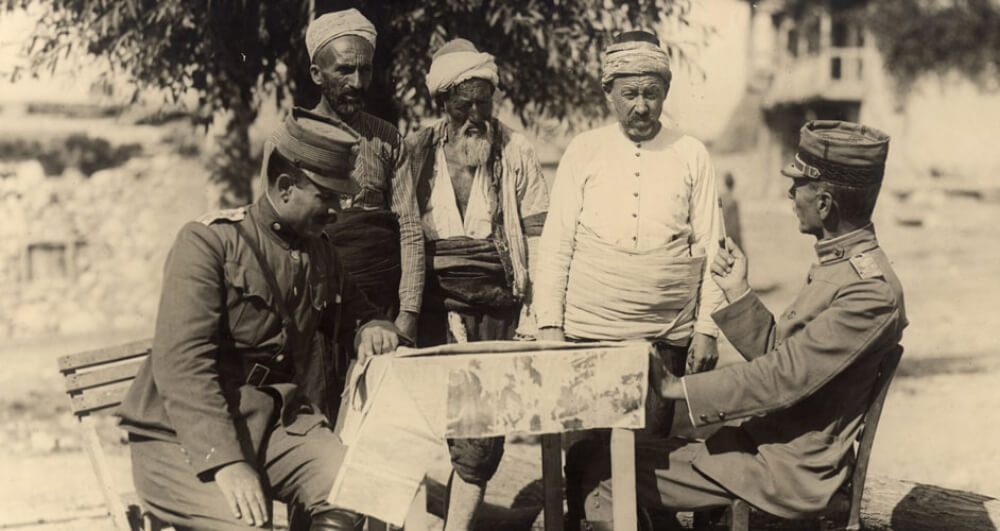 The Archive was set up simultaneously with the founding of the HESG. Today it houses about 200,000 photographs, loose or in albums of eponymous families.

We mention indicatively: The daguerreotype portrait of King Othon – the earliest dated item – attributed to Philippos Margaritis (1848-1850). Photographs of Athens by pioneering Greek photographers, c. 1850. Series of photographs of the First International Olympic Games of 1896 (gift of Dimitrios Vikelas) as well as of the First Interim Olympiad of 1906. Collection of photographs of Cyprus, offered to the HESG by the Patriotic League of Cypriots in 1901. Unit of unique photographs of Byzantine and Postbyzantine monuments, project of 1910 by the Royal Prussian Foundation for Metric Photography of Berlin. After their exhibition in the Greek kiosk at the World Fair in Rome in 1911, the photographs were deposited in the National Historical Museum. A very notable unit of about 6,000 photographs from the Asia Minor Campaign (1920-1922), work of the Special Service of the Asia Minor Army, which after their exhibition in the Zappeion Megaron in 1922 were deposited in the National Historical Museum.