Did you know that in 1825, the Greeks celebreted the Easter... 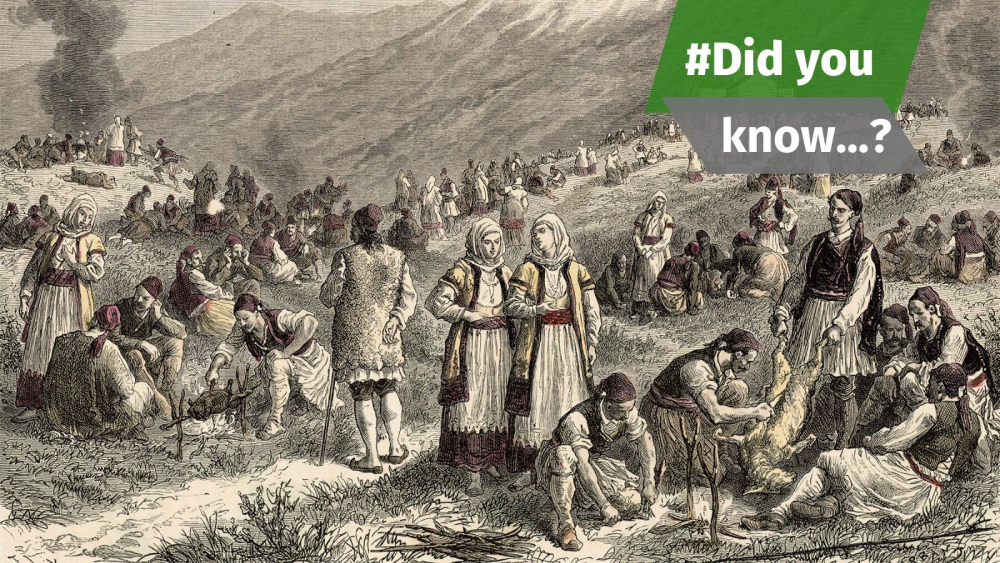 NHM, Collection of Engravings
...with particular rejoicings, in Nafplio?

During Greek War of Independence, Greeks reverently fulfilled their religious obligations. Especially on the big holidays, they often stopped all military activity in order to celebrate. These celebrations aroused the admiration of foreigners. British James Emerson describes the Easter in 1825, in Nafplio.

"10th April, (Sunday)- The festival of Easter… This feast, as the most important in the Greek Church, is observed with particular rejoicings and respect… every house was fragrant with odours of pies and baked meats.

Every one, as he met his friend, saluted him with a kiss on each side of his face, and repeated the words, “Christ is risen”. The day was spent in rejoicings in every quarter; the guns were fired from the batteries, and every moment the echoes of the Palamede were replying to the soldiery. […] In the evening a grand ceremony took place in the Square : all the members of the Government , after attending divine service in the church of St. George, met opposite the residence of the executive body … embracing with all fervor and affection.

April 11th.- This evening.. the fineness of the day, together with the continuance of the festival, had induced crowds of the inhabitants to stroll round the walls and the plain ; numbers of beautifully dressed females were assembled in groups on the grass, listening to the guitar and the flute ; bands of horsemen, mounted on beautiful Arabians, were sweeping over the plain, … in every quarter bands of musicians were sur rounded by troops of dancers, performing their spiritless Romaica, and enlivening its whirling dulness by the rapid discharge of their pistols ; whilst groups of children , in fancy dresses and crowned with flowers, were sporting round their delighted parents. No one, to have witnessed this scene, could have supposed himself in the midst of a country suffering under the horrors of war, nor surrounded by hundreds of families scarce one of whom could congratulate itself on not having lost a friend or a brother in the fray."