Did you know that Lord Byron, who loved animals very much... 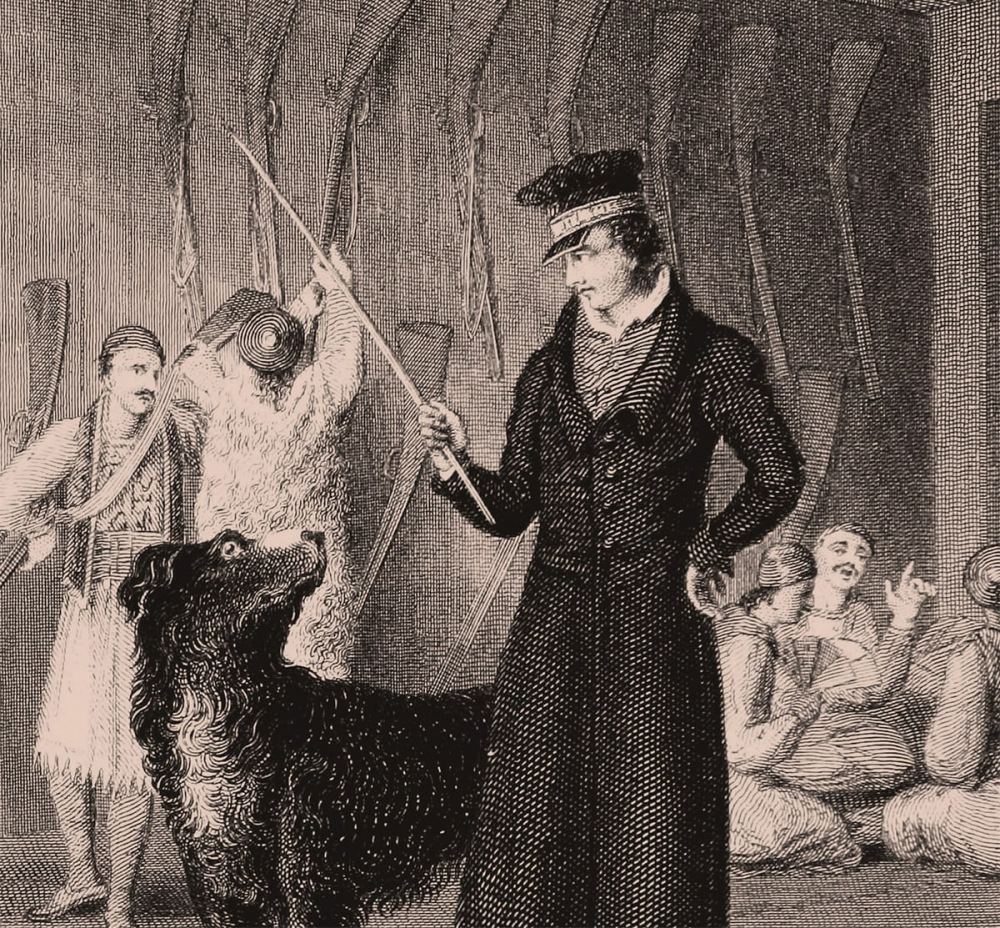 "Lyon, you are no rogue, Lyon!" William Parry, The last days of Lord Byron, London 1825
... brought Lyon with him to Messolonghi?

Lyon, a gift from friends while living in Genoa, accompanied Lord Byron on his journey to Greece. William Parry, a friend of Byron in Messolonghi, writes about the tender relationship between the poet and his dog:

“Lord Byron was accustomed to walk a great deal, particularly in wet weather. On such occasions he was almost always accompanied by his favourite dog Lyon, who was perhaps his dearest and most affectionate friend. They were, indeed, very seldom separated. Riding or walking, sitting or standing, Lyon was his constant attendant. He can scarcely be said to have forsaken him even in his sleep. Every evening did he go to see that his master was safe, before he lay down himself, and then he took his station close to his door, a guard certainly as faithful, though not so efficient, as Lord Byron’s corps of Suliotes. This valuable and affectionate animal was brought to England after Lord Byron’s death, and is now, I believe, in the possession of Mrs. Leigh, his Lordship’s sister.

With Lyon Lord Byron was accustomed, not only to associate, but to commune very much, and very often. His most usual phrase was, “Lyon, you are no rogue, Lyon;” or “Lyon,” his Lordship would say, “thou art an honest fellow, Lyon.” The dog’s eyes sparkled, and his tail swept the floor, as he sat with his haunches on the ground. “Thou art more faithful than men, Lyon; I trust thee more.” Lyon sprang up, and barked and bounded round his master, as much as to say, “You may trust me, I will watch actively on every side.” “Lyon, I love thee, thou art my faithful dog!” and Lyon jumped and kissed his master’s hand, as an acknowledgement of his homage. In this sort of mingled talk and gambol Lord Byron passed a good deal of time, and seemed more contented, more calmly self-satisfied, on such occasions, than almost on any other. In conversation and in company he was animated and brilliant; but with Lyon and in stillness he was pleased and perfectly happy”.