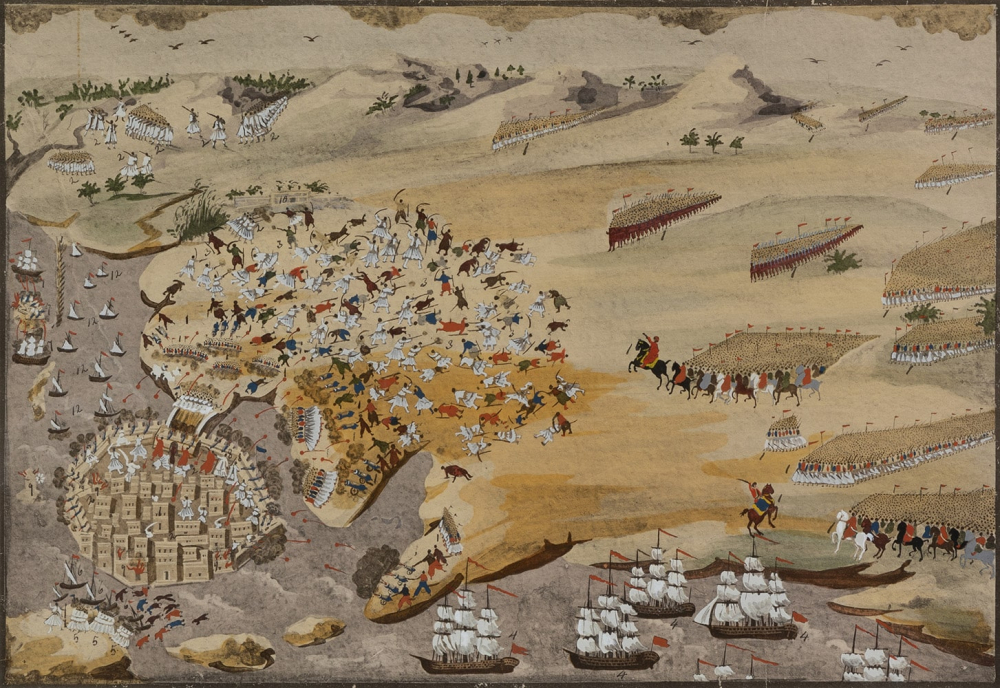 Missolonghi was one of the most important cities during the War of Independence, due to its strategic position, which defended Peloponnese from the north. The first siege of Missolonghi ,October – December, 1822 was laid after the Battle of Peta. Omer Vryonis initially tried to take the town by negotiations, against the opinion of Reşid Mehmed (Kütahı). The besieged Greeks took advantage of this, dragging the negotiations out until November 8, when they were reinforced by sea with over 1,500 fighters.

Then the Ottomans realized their mistake, and resumed the siege in earnest. After a month of bombardment and sorties, the main Ottoman assault was set for the morning of December 25, the day of Christmas, calculating that the Greeks would be caught by surprise, as they would have gone to church. The Greeks however were warned by a Vryonis' Greek servant, and the attack failed. The siege was subsequently lifted on December 31.

Kütahı began another siege in April 1825, which seemed it would end soon. In October however, Ibrahim Pasha’s army came and reinforced the besiegers. After months Missolonghi failed on April 10, 1826.