WEAPONS OF THE STRUGGLE (Room 5) 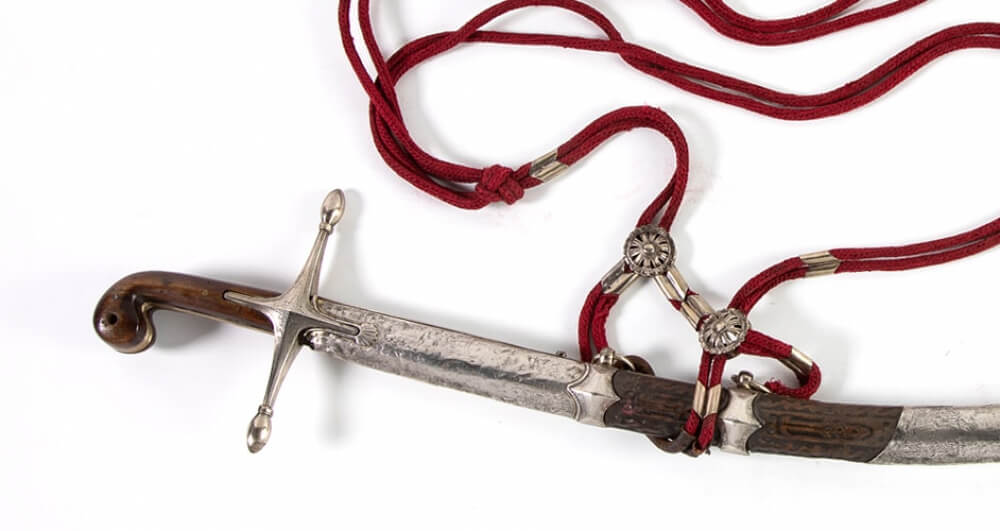 The Greek fighters’ belief that liberation will come only through the force of weapons, is clearly stated in the oath of...

The Greek fighters’ belief that liberation will come only through the force of weapons, is clearly stated in the oath of the Philiki Etaireia: "…We swear above all that between us and the tyrants of our homeland, fire and iron are the only instruments of reconciliation and nothing else".

During the Greek War of Independence, fighters used weapons inherited from their ancestors, armatoles and klephts, but their main supply came from loot and donations by Philhellenic Committees abroad. The weapon was the fighter’s most valuable possession, and it was richly decorated with themes from folk tradition, antiquity, Byzantium and the Christian religion.

Kariofili was the most popular long firearm. Like the kubura (pistol), it was a muzzle loading percussion gun. The saber was called pala.The yatagan cutlass was a broad, curved sword of eastern origin with the cutting edge on the inner side. Within the palaska, hanging from the selachi (wide belt), the fighters placed self-prepared cartridges (chartoutses) containing gunpowder. The axe, apart from being considered a weapon, was also a symbol of power.

On the main armament, auxiliary tools and accessories were added:molds to cast bullets, pouches for the gunpowder, medoularia (small pouches on a chain containing lubricants for the care of weapons), atsalopetres (chert stones used for ignition), harbia (type of awl with handle for cleaning and loading the gun), metal drinking bowls and charms.

Most of the weapons presented, belonged to famous fighters of the Greek War of Independence while on the walls are displayed portraits of the most important among them.