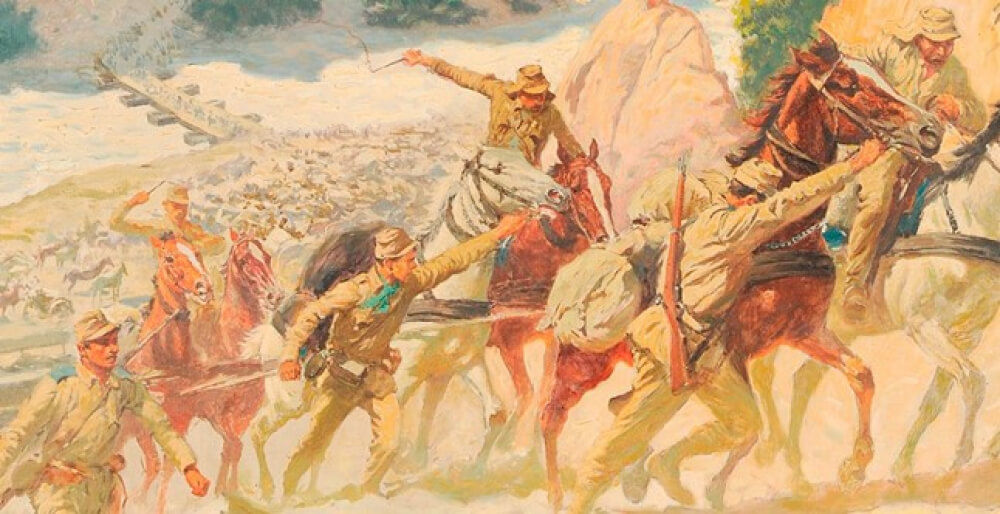 In 1908, the movement of the Young Turks in the Ottoman Empire engendered expectations to the non-Muslim ethnic communit...

In 1908, the movement of the Young Turks in the Ottoman Empire engendered expectations to the non-Muslim ethnic communities for equal treatment. Despite promises, however, oppression increased. The Balkan states with ethnic populations still under Ottoman rule (Greece-Serbia-Montenegro-Bulgaria), were led in alliance, putting aside the contradictions between them. The refusal of the Porte to accept the Balkan allies’ demands for substantial reforms in favor of their ethnic brethren led to the First Balkan War (October 1912).The development of military operations exceeded all optimistic expectations, forcing Turkey to capitulate. The final treaty confirmed the victory of the Allies and was signed in London (05/17/1913).

But soon, the competition among the Balkan allies for the distribution of the liberated territories, including Bulgaria's expansionist ambitions, led to new conflict (June 1913), this time among the allies (Greece-Serbia-Romania against Bulgaria). The Second Balkan War ended with Bulgaria's defeat and led to the signing of the Treaty of Bucharest (7/28/1913).

For Greece, the national gains were important, since the liberation of Crete, Macedonia, Epirus and the Eastern Aegean islands  nearly doubled the country in size and population.

The colonial competition among the European powers led in 1914 to the First World War. Two coalitions were set up: the Central Empires -Germany, Austria-Hungary - and the Triple or Entente Cordiale - England, France, Russia.

In Greece, the approach to be taken by the country became a subject of intense controversy, and indeed provoked a National Schism. King Constantine supported a germanophile neutrality while Prime Minister Eleftherios Venizelos an alliance with the Entente.Finally in 1917, Greece entered the war on the side of the latter, who proved to be the victors of the war and thus gained significant national gains. With the Treaty of Neuilly (November 1919), Greece acquired Western Thrace, while with the Treaty of Sèvres (August 1920) Eastern Thrace was conceded and the presence of Greece in Asia Minor was recognized.Thus, almost all of the Ottoman Hellenism was incorporated in the national body, fulfilling the longstanding national dream of the Great Idea.

In 1919, under allied command, Greece sent an army to occupy the Izmir region. This sharpened the Turkish nationalism (Movement of Kemal Atatürk). In the military conflict that followed, the Greeks gradually lost their allied support and were defeated (August 1922), an event leading to the violent uprooting of Asia Minor Hellenism (Catastrophe of Smyrna).

The Treaty of Lausanne (November 1923) again defined the new borders between Greece and Turkey and enforced an obligatory population exchange, with the exception of the Greeks of Istanbul, Imbros and Tenedos Islands and the Muslims of Western Thrace.