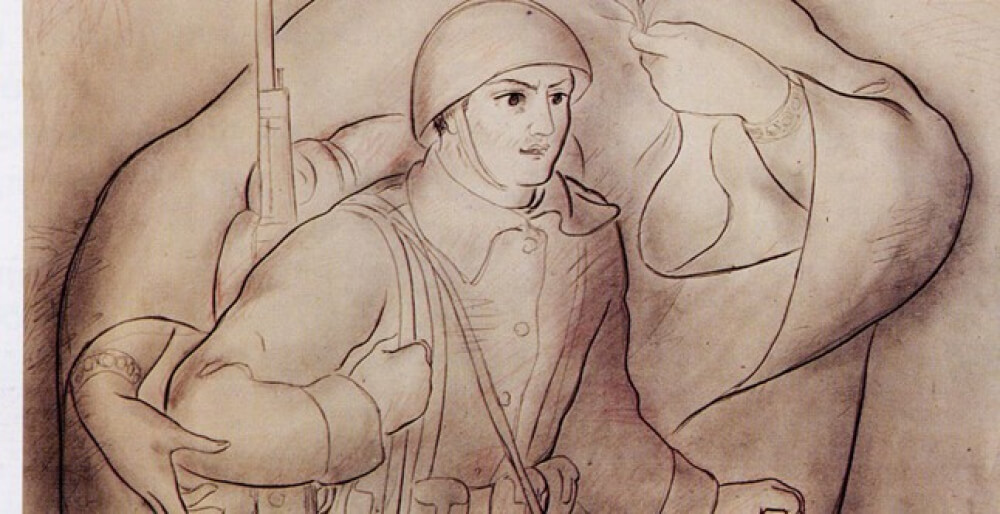 In the early hours of October 28, 1940, the Greek Prime Minister rejected an ultimatum presented by the Italian ambassad...

The Greek-Italian war erupted as part of the global conflict that had begun in September 1939. There had been previous provocations by fascist Italy, which wanted to strengthen its presence in the Eastern Mediterranean. While the battle of England raged, Greece was shocked by the torpedoing of the naval cruiser “HS Elli" on August 15, 1940 in the harbor of Tinos by an Italian submarine.

In the early hours of October 28, 1940, the Greek Prime Minister rejected an ultimatum presented by the Italian ambassador in Athens, which demanded the handover and occupation of Greek strategic positions. The Italian invasion began before even the expiring of the ultimatum.

The Battle of Greece, as it is known in military historiography, lasted until March 1941, moving the people of Europe as an example of reckoning of a small and militarily weak country with an undefeated until that moment opponent. Moreover, it led to the delay of German offensive plans in the East, enabling the allies to consolidate their position on other fronts and affecting the development of the Second World War.

The Nazi attack against Greece began on April 6, 1941 and quickly overpowered the exhausted Greek forces. On April 27th the Germans entered Athens and the swastika was hoisted on the Acropolis. The occupation of the country was completed with the battle of Crete (May 21st-31st, 1941), in which the German forces experienced major losses. The triple Occupation (German, Italian, Bulgarian) had begun.

Until October 1944, when the last Germans left the country, the Greek people went through indescribable hardships, deprivation and cruelty of the Occupation forces, while the National Resistance movement was adding itself on the country’s history pages.