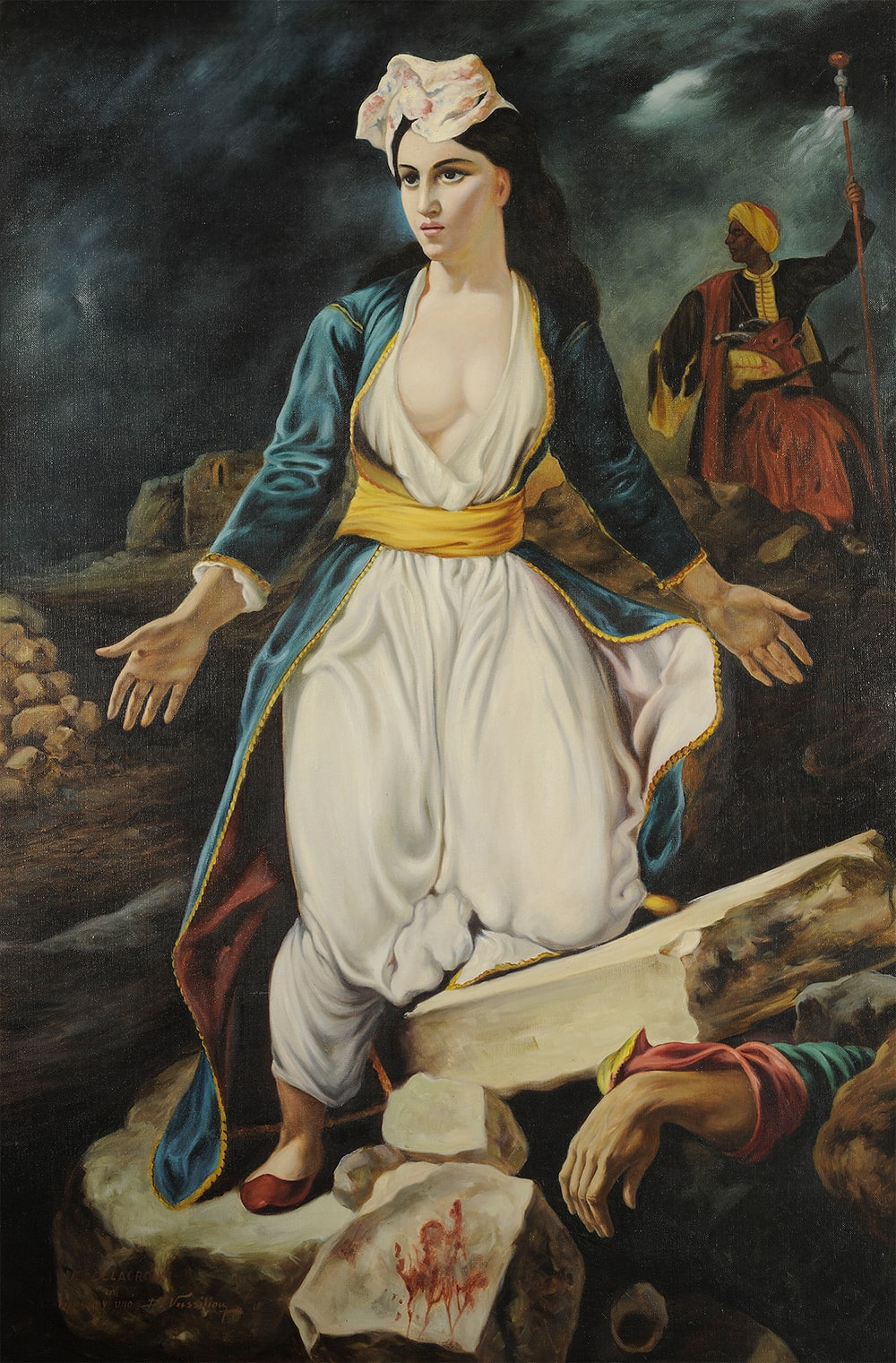 Greece on the Ruins of Missolonghi. G. Vassiliou after E. Delacroix NHM, Collection of Paintings
Duration
26 Μαΐου 2021- Σεπτέμβριος 2021
Place
Τελλόγλειο Ίδρυμα Τεχνών Α.Π.Θ. Αγίου Δημητρίου 159Α 546 36 Θεσσαλονίκη
The exhibition follows the structure and rationale of the central anniversary exhibition of Athens, attempting an approach to the Greek War of Independence through thematic sections.

The exhibition ΕΠΑΝΑCYΣΤΑΣΗ ’21 THESSALONIKI takes place at the Teloglion Foundation of Art – Aristotle University of Thessaloniki (AUTh) with the cooperation of the Foundation, the AUTh Library and Information Centre as well as the Aristotle University of Thessaloniki. It follows the structure and rationale of the central anniversary exhibition, attempting a multiple approach to the Greek War of Independence through thematic sections. The tiles from which the Greek state emerged are illuminated: the international scene of the time, the peculiarities of the place, the diverse origins of the protagonists, the sacrifices and politics, the conditions of life and war, the supporters and the opponents, the impact, the consequences and the memory of the Struggle, with reference to the aftermath of the struggles of those who remained outside the first borders.

The exhibition presents, among others, the following:

Special reference to the Revolution in Macedonia is made with objects such as:

Interactive exhibits complement the experiential experience of the visitor:

The sound exhibit ‘Orkos tou Filikou’ (Oath of a member of the Society of Friends) conveys the atmosphere, the pulse and the devotion of those who were dedicated to the secret preparation of the Revolution. Finally, audiovisual media bring to life the paintings of Makrygiannis, the use and importance of the weapons of the fighters, the use of firearms, Medicine in the Struggle, the civil conflicts and the diplomatic developments up to the delineation of the first borders of the Greek state.

n the framework of

The interactive presentation of the Chart is implemented with the support

with the support of